Zen in the Art of Permaculture Design – Stefan Geyer: A Review 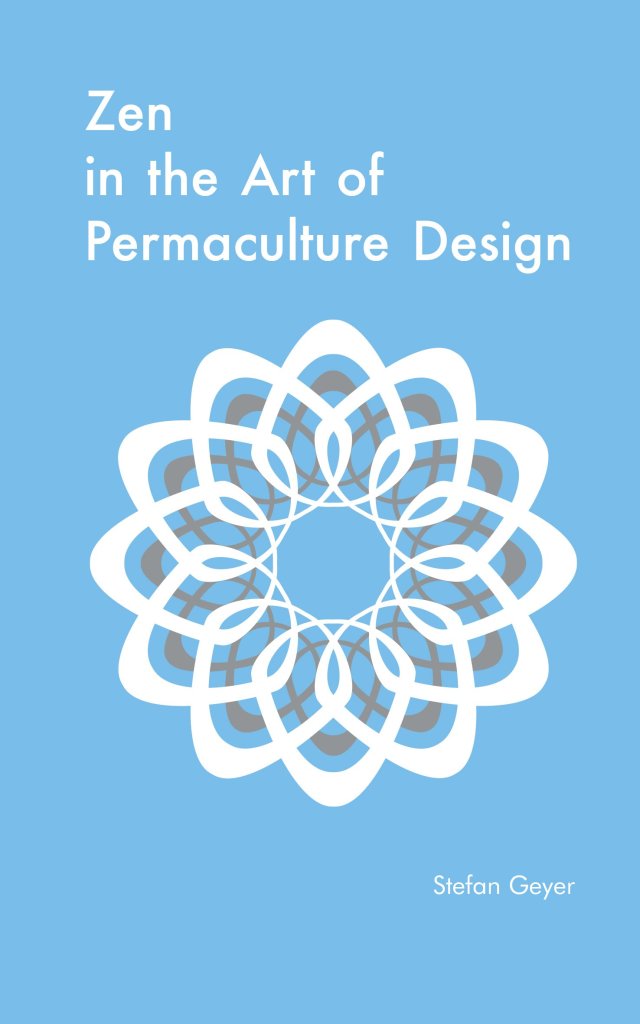 Zen in the Art of Permaculture Design, by Stefan Geyer, is really a book about a way of living and interacting with our environment which struggles to fit into linear descriptions in our commodified, corporatised culture, which seems to demand such binary descriptions. The neat device used by the author to better help understand permaculture, which is his passion and his way of life, is to introduce a second hard-to-define philosophy, Zen, as a way of explaining the first. It might seem counter-intuitive, but it works very well in using each ti reflect the other, and it allows a broader perspective of both philosophies.

Ask nine different people working in permaculture to define what permaculture is, and you will nine different definitions, which can be infuriating to those who rely on rational, easy to understand ideas that can be quickly implemented. Working with nature, not wasting what you have, learning to plant and grow seeds by harmonising seemingly separate forces, are some of the basic ideas, but often the message comes from experiential, hands-on learning and a deeper listening to nature, which is not common currency in urban culture; a certain way of observing and listening to the messages coming in from our surroundings, is unique to each individual. This can be confusing to those who want a catch-all description, one that reads like an instruction manual.

This is a short book in terms of words and chapters, and there are basic descriptions about what permaculture is for the beginner. It is written in simple and poetic language, standing on its own as an inspiring read, especially when poetry and stories from the Zen tradition are brought in to give deeper explanations of how to trust our intuition. But the themes and ideas go deeper than the shortness of the book would suggest, so much so that in an agitated state as I was towards the end of last year, with so much going on for me on an emotional level, I found it very difficult to settle into reading the book and taking in the message of slowing down to listen more to what messages are coming from inside us as a response to our immediate surroundings. Yet, each time I sat down to read, I felt the resonance of the words and how this could serve as a set of core principles to those who wish to pursue a way of life not tied into the increasingly fraught, technology driven and financially dependent and disposable culture we have become so used to.

Stefan Geyer has been involved in Permaculture Design for many years. He lives in the heart of London where he works in hotel management and combines this by organising an annual gathering of Permaculture practitioners and thinkers in a festival held in central London every July, The London Permaculture Festival. His idea of finding the wisdom and poetry of the Zen and Taoist philosophies as a reflection of the “Way of Permaculture”, is itself poetic. It understands that permaculture is about more than just growing edible vegetables and herbs and collecting water. It is a philosophy about slowing down from the technological chatter in order to tune into the natural rhythms of nature so that we can move from that more centred and authentic space. This is a book to read if you grow food, or have some kind of garden you tend to, or if you have any interest in living a life closer to nature and in creating resilient communities. But it is also one to ponder for those wishing to embark on a lifestyle change, for those wanting to learn how to manage the many conflicting inputs and to find a grounded method for living life.

This entry was posted in Uncategorized. Bookmark the permalink.